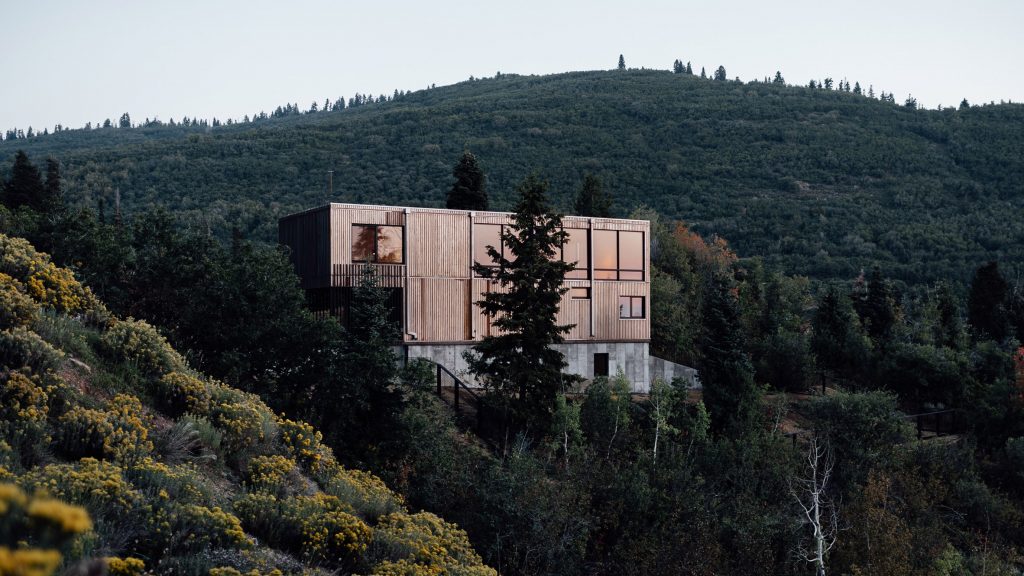 The studio designed Maple Haus for a site just outside of Park City, a ski town on the eastern front of Utah’s Wasatch Mountains.

The project was designed by Klima Architecture, which was founded in 2010 under the name Park City Design + Build and took a new name last year.

The house was originally designed by to be a home for studio founder Chris Price. But due to the favorable real estate market in the area, he ended up selling the house to new owners who use it as a full-time residence.

The house sits in a wooded community with an eclectic mix of mansions, from older cabins to contemporary dwellings. Price has lived in the area for over a decade and has designed four houses there, including the Meadows Haus and the Tree Haus.

“I gravitated here because historically you could get really cheap lots, and there’s the biggest advantage of not having an overall owner association with the design guidelines,” Price said.

He added that many neighborhoods in Park City have adopted restrictive guidelines, resulting in an “uninspiring built landscape.”

When designing Maple Haus, Price was inspired by an adjacent property – the Cube House, designed by the late architect John Sugden, who had apprenticed with Mies van der Rohe.

“In true Mies / German efficiency, the house was built around a rigid grid of steel and glass, all on a concrete plinth,” Price said.

“I wanted to get out of this philosophy and design this house with the same rigor, but with modern materials and Passive House details.”

“This minimized material waste during framing and allowed us to work faster,” Price said.

The base has a concrete exterior, while the upper levels are wrapped in Corten steel – a low-maintenance material that holds up well to fire, insects, and sunlight. 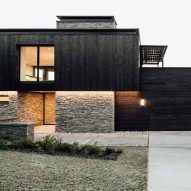 “Above the steel cladding is a second steel corner iron sunscreen,” Price said. “It only works on the southwest and northwest sides of the house, blocking out about 30% of that harsh western light.”

Within the house, the team created bright spaces with crisp details.

The lower level contains two bedrooms, while the middle level contains a garage and guest quarters. The upper level includes the master suite and an open concept kitchen, dining room and living room.

The three levels are connected by a black painted steel staircase with wood veneer steps. Price and his father built the entire metal frame of the house.

Earthy materials help bind the house to its natural surroundings. Hemmed fir was used for the walls and ceilings, while maple was used for the floors. The counters are topped with black granite.

The rooms were initially dressed in furniture from the Italian brand Poliform.

Large expanses of glass help occupants feel connected to the picturesque landscape – a high desert alpine ecosystem with pines and oaks. A triple-glazed opening skylight brings in light from above while allowing hot air to escape.

The roof is designed to allow photovoltaic panels and a roof terrace in the future.

Once a mining area, Park City is now a popular destination for skiers and nature lovers. Other projects in the mountain town include an Imbue Design residence which consists of rectilinear volumes clad in wood that are positioned around a central courtyard.

The photography is by Kerri Fukui and Lauren Kerr.