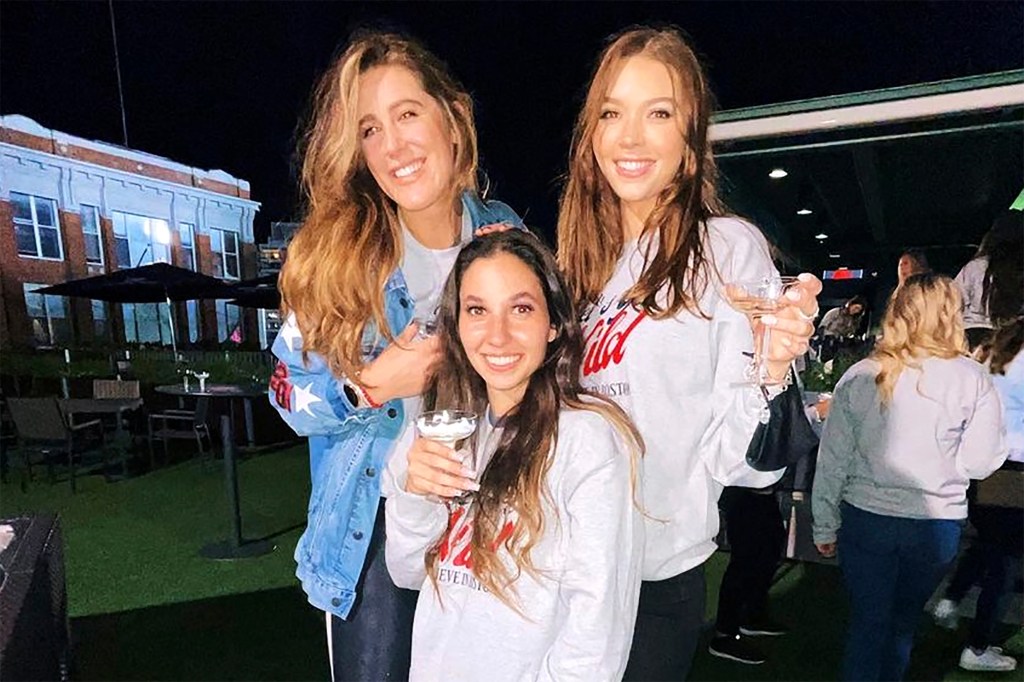 Sauvage would be an understatement.

As the Red Sox celebrated their 6-2 AL Wild Card win over the Yankees in the traditional way – popping and spraying bottles of champagne on top of each other in the clubhouse – their WAGS took a classier approach to it. drinking.

Red Sox pitcher Matt Barnes’ wife Chelsea posted photos of their celebrations with the caption ‘we have WILD’. Chelsea also praised the champagne-filled glasses in their suite, saying they were their “lucky charms”. Taylor Plawecki, wife of catcher Kevin, celebrated when he hit a double while drinking one of these glasses.

Kiké Hernandez’s wife brought their adorable baby girl to the game as she wore a sweatshirt with her daddy’s last name and number on the back.

Barnes and winning pitcher Nathan Eovaldi posed for a photo with their wives at the pre-champagne showers pitch.

Jason Varitek’s wife, Catherine, wrote in tribute to the WAGs and the players.

“Well done to #GirlsClubofBoston, we beat #NewYork and that’s all that matters in my book tonight. Well done sir!” Said Catherine, whose husband is on staff at Alex Cora.

Pitcher’s wife Garrett Whitlock posed on the pitch with her man captioning the photo.

The WAGS represented their love for the team in celebrating their victory by reproducing two different sweatshirts to commemorate the victory. One sweatshirt read “Let’s Get Wild” with “Believe in Boston” underneath and the other top said “Still Good”.

The “Let’s Get Wild” theme was pretty obvious as almost every bride wrote this line on social media.

The Red Sox – and their families – have a day to recover before the ALDS begins Thursday against rival Rays.