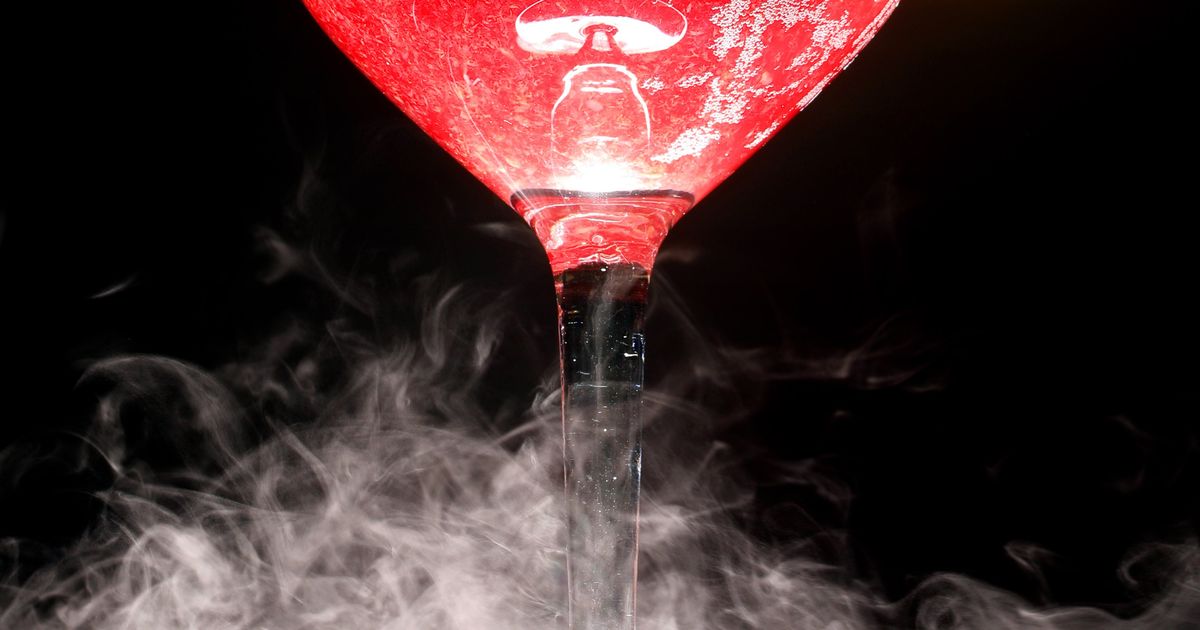 I’ll just be honest here: I’ve never been scared of a drink. Have you got? Nonetheless, this is the time of year when food writers – usually a bunch of wise and sagacious – talk about creepy, scary, or frightening cocktails. But when they say “scary” or “scary” or “scary”, they mean “some Halloween fun”.

In anticipation of the annual costume and candy celebration, I made a handful of fun six-fingered cocktails for Halloween. They won’t scare you or make your heart beat faster with terror, but they come in unusual colors that some people find scary (blood red, black, bilious green) or are made from ingredients suitable for the season (apple cider, pomegranates).

Most have been given names that are believed to imply some fear. Don’t be fooled by them. These are just great cocktails that are delicious for Halloween or any other day of the year.

Take, for example, the Zombie, a classic that’s been around since 1934; it was invented at the famous Don the Beachcomber restaurant in Hollywood. It’s only considered scary because of its name, and it’s only been given the name because it’s so powerful that drinking too much could turn you into an undead.

But it’s a great cocktail if you like rum – or even if you don’t (but it’s better if you like it). Three types of rum go into it: white rum, golden rum, and surreptitiously deadly rum, which is 151 proof. These are mixed with orange juice, pineapple juice, and a dash of lime juice to give it that tropical tiki bar feel.

A quick swipe of simple syrup softens the tang of citrus juices, and a tablespoon of orange liqueur rounds the edges of the drink. Grenadine is also added, just to make it pretty. If you float the rum 151 on it, you can light it on fire. It’s always fun, but if you try to drink it too early it can be dangerous. Not just dangerous – scary.

Pomegranate Rum Punch is full of flavor and refreshing and is made in a batch large enough to be a hit at a Halloween party. The blood red color comes from the pomegranate juice, just like the main flavor. But the strong hibiscus tea adds charming floral notes, the cinnamon bringing a touch of exotic spices and the spiced rum bringing a seductive touch.

Freshly squeezed orange juice is a sweet counterpoint to pomegranate, and the punch is immediately bubbled up with a bottle of prosecco.

The next cocktail I made, Witches’ Brew, is just a lot of fun. It’s a bright neon green courtesy of Midori melon liqueur, which pairs remarkably well with orange liqueur like Cointreau or triple sec. These liquors are quite sweet, so the Witches’ Brew adds fresh lemon juice to create an unusually pleasant bittersweet combination.

For Halloween, we added some dry ice to create that smoky cauldron effect. It’s not scary, but it’s confusing. The next two cocktails I made are a deep black, which sure is a great look for Halloween.

Both are made with black vodka, which is a problem. There is apparently only one brand in the world that makes black vodka, Blavod, and it can be hard to find this side of Chicago. So I made mine.

Black vodka is only black colored vodka. All I did was take some plain vodka and add some food coloring to it. I couldn’t easily find black food coloring (black gel coloring would be even better, but black writing gel for cakes doesn’t work) so I kept adding blue, red and green food coloring with vodka in small amounts until it has essentially turned black.

I used black vodka to make a Black Magic cocktail, which is simple yet delicious. It is also a most basic kind of sweet and sour drink. Besides the essentially tasteless vodka, all it contains is a dash of lime juice and an equal amount of simple syrup.

Sweet, meet pie. The black vodka makes it look cool, and a swirl of edible pearl dust (it’s used for baking) adds a mystery of white speckles. The other drink made with black vodka is called a Black Heart cocktail, and it’s really amazing – if you like figs. I love figs, but I hadn’t even heard of fig vodka.

However, there is, and a Black Heart Cocktail mixes a tablespoon with a tablespoon of black vodka and three tablespoons of crème de cassis, the liqueur made from blackcurrant berries. A few drops of dry vermouth help reduce the sweetness. It is an exceptional and perfectly balanced drink for any fall or winter day.

My final cocktail takes a classic and adds an autumnal touch. A Sidecar Cider takes the cognac, Cointreau and lemon juice from a traditional Sidecar and adds a good serving of fresh apple cider.

Cider makes it a totally different drink. Instead of tasting like a cocktail, it becomes an apple cider drink with a sweet alcoholic heat. I added a pair of eyeballs to mine, made from lychee nuts and blueberries. You know, scare.

Place the black vodka, lime juice and simple syrup in a cocktail shaker, add ice cubes and shake until cool. Sprinkle edible pearl powder on the bottom of a martini or cup glass. Filter into the drink. Add more pearl powder if it is not shimmering enough; stir with a bar spoon to combine.

To note: To make a simple syrup, boil equal amounts of water and granulated sugar together, stirring occasionally, until the sugar dissolves; it can be stored in a clean jar in the refrigerator for several months.

To note: Edible pearl dust can be found at baking supply stores or in the baking aisle of craft stores. Don’t use similar products that don’t specifically say they’re edible.

Cherries in brandy or maraschino

Place the cider, cognac, Cointreau and lemon juice in a shaker. Add ice, cover and shake until shaker is very cool to the touch, about 20 to 30 seconds. Strain into a glass and garnish with zest and cherries.

If desired, place the blueberries in the lychee nuts to form “eyeballs” and serve with the drink.

A dash of dry vermouth (white)

Pour the black vodka, fig vodka, crème de cassis and vermouth into a shaker. Add ice cubes, stir until cool and strain into a glass.

1 (750 mL) bottle of prosecco or other sparkling wine, chilled

Combine tea, pomegranate juice, rum and orange juice in a pitcher or punch bowl. Slowly stir in the prosecco. Serve over ice with orange slices and pomegranate seeds.

Pour the Midori, Cointreau and lemon juice into a glass or shaker, add the ice cubes and stir until cool. Filter into a lowball glass. Garnish with a cocktail cherry.

If desired, gently add a piece of dry ice. Do not drink until the dry ice has dissolved.

Pour the white rum, golden rum, orange liqueur, orange juice, pineapple juice, lime juice, simple syrup and grenadine in a shaker. Add ice and shake until cool. Fill a tall glass with ice cubes and pour in the drink. Carefully pour 151 rum over it; do not stir. If you want, you can light the top of the drink on fire.